New Zealand to get “Breakfast Beer” 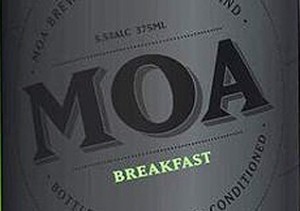 A new beer to be launched in Auckland, New Zealand Thursday morning has “alcohol watchdogs” concerned about its promotion as a “breakfast beer.”

The cherry-flavored wheat lager from Moa is described as “a beer the ladies can enjoy too … if you’re having a champagne breakfast but don’t fancy champagne, have a beer instead,” the New Zealand Herald reported Sunday.

As any beer drinker (or Johnny Cash fan) knows, a beer doesn’t have to have the word “breakfast” in it in order to be considered an eye-opener. As one blogger points out “breakfast beers are a great tradition around the world, enjoyed by everyone from Czech miners to Hong Kong stock traders, and they’re no less pathological than beers consumed at any other time of day. When I lived in Latvia, there was a beer called “Labrit!” (good morning) that nobody lost sleep over.”

Odds are that Budmillors has been trying to figure out how to market this to us in the States for years. Unfortunately, the Four Loko anti-movement has probably brought that plan to a screeching halt.  So until we can proudly grab a “Morning Miller,” “Breakfast BUDdy” or a “Samuel AM’s” we’ll have to just continue to drink last night’s leftovers from a brown bag on the way to work.

Informative article. Thanks a lot for sharing.