7-Eleven to Sell Their Own Beer: Game Day

According to an article on CNN, the battle over shelf space in chilly glass refrigerators is about to heat up with the entrance of a new brew at 7-Eleven. The 6,000-strong convenience store chain is making a private label brew called “Game Day.”

While big brewers like Anheuser-Busch InBev can usually muscle their way into premium spots, private label newbie could give them a run for their money since it can hand-pick prime cooler real-estate to showcase its beer.

The first thing I thought when reading the article was “the guys that make the Big Bite® hot dog are gonna make beer?” But my concerns about brewing were somewhat allayed only three paragraphs down… 7-Eleven is reportedly leaving the brewing to City Brewing in LaCrosse, Wisconsin.

City Brewing has been a contract brewer for years, with Sam Adams being one of the biggest names you’ve heard of.  But methinks that brewing and contract brewing are different animals.

7-Eleven has said not too much more, except that Game Day is a premium beer selling at a budget price.

We’ll have to wait to see what Game Day will bring… but I bet it will go great with a Big Bite®. 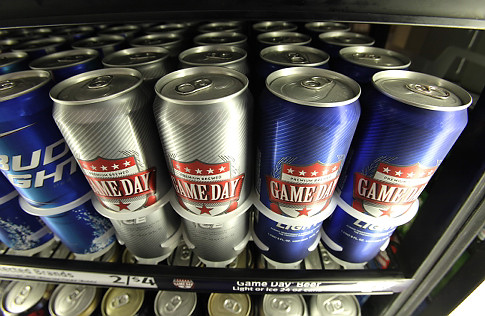 I thought “Ice” beers were a thing of the past?